“The achievements toward equality in the workplace that I've seen over my career aren't anywhere near what they should be. All of the statistics show that we're still decades away from achieving parity in leadership positions.”

“Although we have many more women in higher education, and many more women going into junior roles in various professions, the pattern that we see, unfortunately, is that these women don't progress to the top.”

“For example, just 38% of senior managers in business are female. That really needs to be at least 51%. And there are still many professions where women do not hold equal sway, such as engineering or accountancy. So we still have a long way to go.”

In 2021, only eight of the Chief Executive Officers of FTSE 100 companies were women,
according to the Fawcett Society Sex and Power report.

However, Ann notes that significant progress has been made in the UK with regard to the number of women on boards. “That's gone from 11% in 2011, to more than 35% this year, through campaigns by many organisations, and through the government-backed FTSE Women Leaders review. It's a good example of a voluntary effort that has worked.” 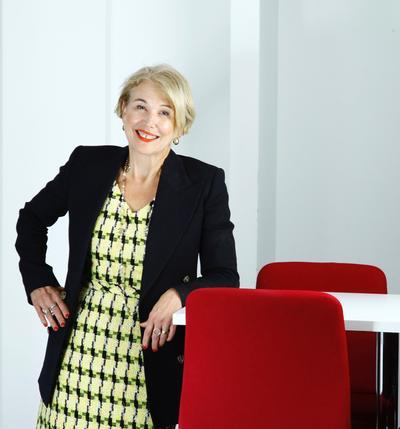 Promote proportionately
“To achieve parity in the workplace in leadership positions, we need to ensure that we promote proportionately. That's the biggest thing any organisation can do. If you have a majority of women in your junior roles, make sure that you're promoting the same proportion of women as men, because the talent will be there.”

“I would like all organisations to break down their population by quartile, and make sure that they have an equal proportion of women in the bottom two quartiles and the top two - that's how we'll close the gender pay gap.”

Shortly after joining the ranks of senior management, Ann became an early advocate of gender balanced teams and flexible working - not only because of the benefits to individual employees, but also because it led to better performance. “I had a gender balanced team and I let everybody fit their work around their life. I was going through a divorce, and I needed to take my child to school every morning, but other people who worked for me needed to do their things, whether that was playing in an orchestra or being on a sporting team.” A few months in to this policy, Ann received a call from head office to congratulate her on the outstanding results her team had achieved.

“I didn't care about presenteeism or face time, I cared about results. And if we want to make sure we are promoting proportionately, then it's really important that we look at people's outputs, what they actually deliver, and not the amount of time they spend hanging around the boss's door.”

Analysis conducted by McKinsey in 2019 found that
“companies in the top quartile for gender diversity on executive teams were 25% more likely
to have above-average profitability than companies in the fourth quartile.”
Source:  Diversity Wins: How inclusion matters

Returning to the office
Post-pandemic, Ann is keen to see organisations factor Diversity and Inclusion into their ‘return to the office’ plans.

Despite the welcome outcome of flexible working arrangements having become much more widespread and accepted over the last two years, overall, the pandemic has resulted in a setback for gender balance. More women lost their job than men, and many women were employed in the harder-hit sectors, such as hospitality, travel and leisure. At home, too, women shouldered most of the home-schooling efforts, Ann notes.

“So what we now need to do is to make sure that we build back bias-free, and that as we return to work, we're not inadvertently favouring, for example, those that can come in more readily and spend long hours in the office because they don't have any caring responsibilities. And let's face it, many of those people are men.”

According to CMI research conducted for International Women’s Day 2022, just 34% of respondents reported that their workplace had mentoring and sponsorship programmes to champion the progression of women.

The CMI calls on the government and employers to make a commitment to good management and leadership through the development of comprehensive Equity, Diversity and Inclusion plans. Employers are also urged to:

We talk to the Royal College of Speech and Language Therapists about their multi-award winning campaign at this year's memcom membership excellence awards.

Following our EDI workstream in May, Josie Hastings shares with us her thoughts on measuring for EDI.

Ahead of the conference, we caught up with some of this year's speakers to ask them their thoughts on the future trends in their areas of expertise…

Julian Smith, Executive Director at memcom, muses on the outcomes of the inaugural memcom workstream on sustainability, why it matters and what we can all achieve by working together.

The Digital Social Divide - it's a complex world!

Some thoughts on the digital social divide