The three-pronged approach to lobbying

IPSE’s lobbying activity brought the plight of freelancers and insecure incomes during the pandemic to the attention of government ministers, and ultimately led to the creation of the SEISS grant, which provided vital financial assistance to 2.9 million individuals throughout the country. Andy Chamberlain, IPSE’s Head of Policy, explains how they went about it and outlines the three-pronged approach to lobbying. 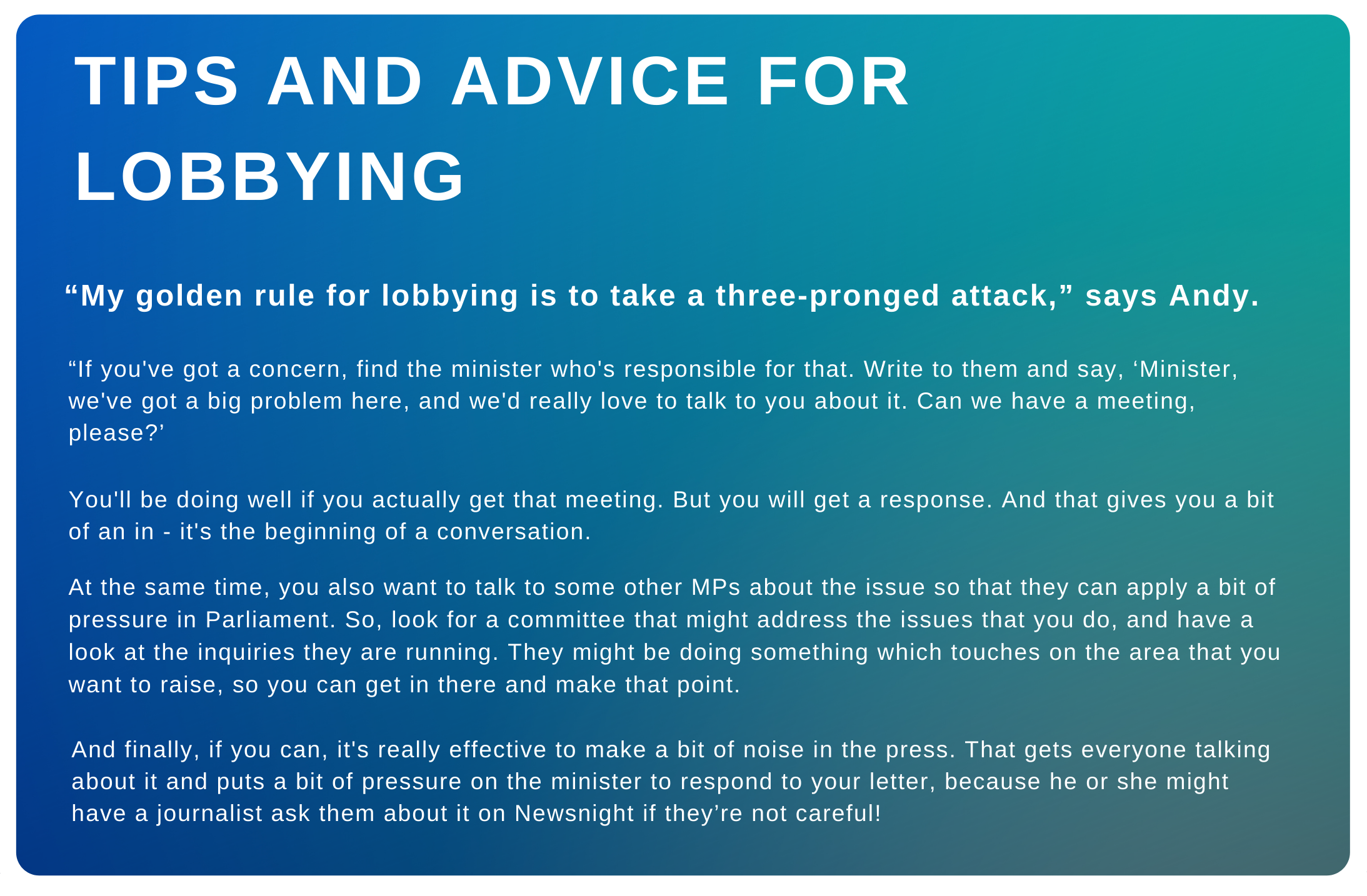 The Association of Independent Professionals and the Self-Employed (IPSE) are no strangers to lobbying government on behalf of their members. By the beginning of 2020, IPSE already had established channels of communication with key government departments and links into relevant Select Committees.

In late February 2020, seeing the devastating impact COVID-19 was having in Northern Italy, Andy Chamberlain and his colleagues realised that there was not only a health crisis unfolding, but an economic crisis too.

IPSE quickly mobilised a campaign to secure vital financial support for freelancers, whose incomes were likely to be affected by COVID-19 once it reached the UK.

“We're often making the case about the value of self-employment, not just to individuals, but that this flexible labour market is also a great resource for the UK economy, and businesses can dip into it whenever they need help with their projects,” says Andy.

Now IPSE had to explain to the government the nature of the problem that the self-employed would be facing once the pandemic took hold in Britain.

“We took a three-pronged approach. First of all, we wrote to the relevant ministers.”

At the time, various parliamentary committees were starting to consider the issue and looking around for evidence. “Our existing links to the Treasury, HMRC and the Select committees meant we were able to get our concerns in to the appropriate places fairly swiftly.”

“We do quite a lot of research and it really informs our policy work. It gives you the platform from which you can make your argument to the government. You need to be able to say ‘we can evidence that this is an issue, and we can provide recommendations on the back of that evidence.’”

“We also tried to make a bit of noise in the media.” On March 17th, in conjunction with the Creative Industries Federation, IPSE set up a petition calling on the government to create a Temporary Income Protection Fund for freelancers, to cover basic expenses such as food and rent. This proved a very effective way of raising awareness, garnering tens of thousands of supporters within the first couple of days. By the time the petition closed, the total number of signatories had reached 214,000.

The fact that IPSE had solutions to propose to the government proved significant. Whereas under other circumstances, a Minister might send a polite response to a lobbying letter a month or so later, in this case, the Chancellor got straight on the phone.

“Along with my CEO, I had two quite long calls with the Chancellor. That doesn't normally happen, it was fantastic.”

Those conversations ultimately led to a set of government measures, including the Self Employment Income Support Scheme (SEISS), which was announced at the end of March 2020.

The scheme provided a lifeline over the following months. “What we saw very quickly was that demand just fell off a cliff for hundreds of thousands of self-employed people – there was no work anymore and no more money coming in for the foreseeable future.” 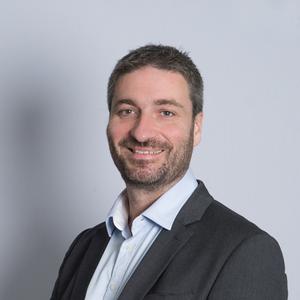 Lobbying for the excluded
Despite this success, IPSE’s lobbying work didn’t end there.

“In the initial discussion, we were pushing for the net to be cast a bit wider. What was on offer would cover most self-employed people, with quite a generous package, though it was clear at the outset there were going to be gaps. It was a tricky negotiation. There was a sense that we should secure what we could now, and say to the government. ‘It’s fantastic that you're doing that. Thanks for listening,’ and work on broadening the scope of the support measures in the days ahead.”

The two headline schemes, SEISS and furlough, meant that millions of people had money in their pockets, notes Andy. IPSE welcomed additional government measures including changes to Universal Credit, and the introduction of bounce back loans a few months later.

Andy and his colleagues carried on talking to MPs and the media about the gaps in support and what could be done to help, working closely with the Treasury Select Committee on these issues throughout 2020, and well into 2021.

These efforts secured assistance for one of the previously excluded groups – the newly self-employed. “People who hadn't submitted a tax return for 2018-19 couldn't make use of the SEISS scheme at the beginning, even though they’d been self-employed for a year. Our lobbying got them included in the final two SEISS grant payments.”

Many of IPSE’s members are company directors, and though they are self-employed, they were not eligible for the SEISS scheme. Andy and his team negotiated directly with the Chancellor that they would be able to make use of the furlough scheme and their proposal to introduce a support scheme for limited company directors was adopted by the Treasury Select Committee who urged the government to accept and implement the policy.

“The pandemic saw an unprecedented package of support being made available. The distribution of that support wasn’t perfect and we wish we could have persuaded the government to plug the gaps. We continued to try to push for better support for company directors which unfortunately never came. Overall though, we are proud of the part we played to support those who work for themselves at a time of national crisis."

These actions won IPSE ‘Membership Organisation of the Year’ at the Memcom Excellence Awards 2021.

We talk to the Royal College of Speech and Language Therapists about their multi-award winning campaign at this year's memcom membership excellence awards.

Best Podcast of the Year

We go behind the scenes to meet the talented winners of the Memcom Best Podcast of the Year Award, Lee Davies and Gwilym Roberts from the Chartered Institute of Patent Attorneys.

The Evolution of Member Associations

Henry Aldridge, Head of Trade Association, CBI talks us through some of the recent trends in the membership sector and what we can expect over the coming months.

Continuing our profile of memcom 2020 award entries, Bex Couper talks to us about Choose Psychiatry, winner of the Best Integrated Campaign 2020

Phil Hall, winner of the memcom 2020 Outstanding Achiever Award talks us through his career highlights in public affairs.