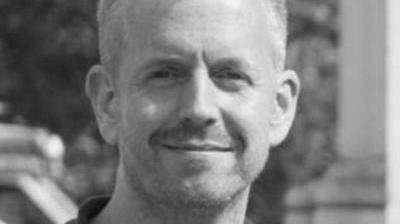 The Great Resignation also referred to as the Big Quit or my personal favourite in an article in the Boston Globe, “a giant game of musical chairs” seems to have been coined in the United States, which saw record post-pandemic levels of people quitting their roles. We’ve seen this throughout the US and Europe, not just the UK, and in some industries it’s more noticeable than in others. Anybody who has recently tried to get a taxi outside of London will know exactly what I’m talking about: a combination of poor employment conditions, lack of stability, Brexit (that word again!) and high demand for skills in parallel industries has led to a mini pandemic of sorts as workers leave one industry and either retrain in another, retire, relocate, or do something completely different.

It’s easy to see why this happens with taxi drivers, healthcare workers, lorry drivers and other industries – but what if it happens closer to home and you’re facing mass resignations from existing staff? Or perhaps it hasn’t even occurred to you that this might happen?

In this month’s CEO Central networking session, one of the Chief Executives mentioned that almost a quarter of their staff have left since January – but of course this will partly be due to a lower-than-average staff turnover for the whole of 2020. It’s only natural that there’ll be a backlog of staff resignations, much the same as there’s a backlog in routine medical operations, weddings or other things that didn’t quite happen during the pandemic for whatever reason. And it’s not always a bad thing either. However, there are certain things you might be able to do to retain the best staff, or at least make them think twice before handing in their notice.

I wrote about the difficulties many industries and sectors are currently facing due to staff shortages and recruitment woes in my last blog and alluded to a few specific measures employers should think about in order to maintain staff retention. However, just as it does in membership, recruitment and retention should always go hand in hand so here are a few extra things employers can think about:

Your teams have just spent the last 18 months working from home, so don’t be in too much of a hurry to force them back to the office. You might want them back, but use carrot rather than stick, and focus on how to entice people back rather than a blanket “everyone return” policy. Some people are genuinely afraid of returning to the office, others find it suits their lifestyle better – and in a recent survey on the Future of Work which we conducted, less than eight percent of staff wanted to go back to the office more than two days per week.

Investing in the culture:

Now is the perfect time to engage staff in a piece of work to explore the culture of the organisation and help them buy in to the employer that they want you to be. Having organisational values becomes a mockery if your staff don’t actually feel valued. Good CEOs and Directors listen (and I mean genuinely listen) to staff concerns from the bottom upwards.

You don’t have to go ‘full Amazon’ and pay College or university tuition fees for all of your employees, but most organisations have dedicated pots of money to help staff. And yet, most training budgets go unclaimed. Think about repositioning the available funds into training that staff actually want – or need – to progress in their careers.

One size doesn’t actually fit all:

Even if it once seemed to suit an organisation, the pandemic has turned this on its head and now every employee is an individual, with their own needs, wants and desires. Just as two people within the same team doing the same job will have completely different work styles, they might also want this to be recognised going forwards. Compromise and ingenuity are going to be the buzz words of the future if organisations want to hold onto their best performers. The challenge is creating a modern way of working that works for the majority of your teams without landing you in court on a charge of discrimination, so think carefully about what you’re able to offer, or why exactly you’re refusing to offer something. On a related note…

Is it time for a new ‘contract’:

In a recent piece of consultancy work we’ve undertaken, we are encouraging the employer to think about a new form of contract, based on minimum expectations of days spent in the office. This is not a replacement of the existing employment contract but based on the sort of work that needs to happen in the office, rather than at home: and it could be used as the basis for deciding who goes back into the office and when, to ensure both employees and the organisation continue to get what they need.

At a time where the candidate is king (or queen) and everyone wants your employees, it might be worth looking again at your salaries, your terms and conditions and the benefits you offer as an organisation. For example, a ‘cycle-to-work’ scheme won’t really hold much interest if the work is largely conducted in the living room. Similarly, when it comes to pay, being a lower quartile payer is not going to help you when it comes to recruitment or retention. Are there any incentives or performance-related bonuses which can be introduced to improve staff morale?

Good ideas and staff retention doesn’t just start and stop at the top, with either the CEO or Human resource function. If you’re a line manager, then it’s up to you to do whatever you can to ensure your direct reports are happy, productive and feel supported. And if you’re contemplating your next move, the chances are, some of your team might also be doing the same…

Staff turnover is natural and brings about much-needed change, new blood and fresh ideas. These are vital to changing direction and speed of travel of an organisation – and the membership sector needs innovation and creativity now more than ever as we begin the great build back. And maybe, just maybe, the Great Resignation should be welcomed as part of that sector-wide transformation.

If you have a recruitment project you would like support with, or some careers coaching for your own career, get in touch – [email protected]

This article is based on edited remarks from a Memcom Conference 2022 session, led by David D’Souza, Membership Director CIPD, in conversation with Denise Sanderson, HR and Learning Consultant, Damson HR

In the midst of change and uncertainty, be kind to yourself

In times of uncertainty and upheaval, be kind to yourself. Reflections on how to cope with rapidly changing circumstances, from Memcom’s CEO Central network.

In a post-COVID-19 world, it’s time to look after the people looking after you…

The last 16 or so months have taken their toll on all of us, both as individuals and in the organisations in which we work.