Paul Rees, CEO of the Royal College of Psychiatrists and winner of the 2020 Louis Armstrong Award for Outstanding Leadership talks to us about his career, challenges and the transformational values of the College. 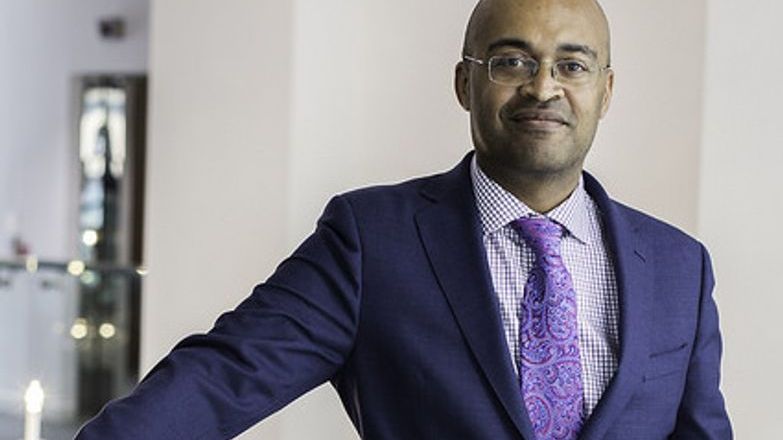 Tell us a little bit about yourself and your organisation

I started out my career as a journalist and worked for the Times, Sunday Telegraph and BBC national radio. Being a journalist was very exciting, as I got to interview lots of famous people and leading politicians, and break a number of national exclusives.

I then headed up communications at the Ramblers Association, and helped the organisation win the right to roam – which led to legislation being passed giving people the freedom to walk on mountain, moor, heath, down and common land.

I have also been director of communications at two public inquiries: the Victoria Climbie Inquiry and Zahid Mubarek Inquiry – as well as being Head of Communications at the Home Office, where I got to work with government ministers, and Head of Campaigns at the National Housing Federation.

Before becoming Chief Executive of the Royal College of Psychiatrists in November 2016, I was Director of Policy and Engagement at the Royal College of GPs, where I led the campaign that persuaded NHS England to give general practice a ring-fenced 11% of the NHS budget in 2016.

Prior to that, I was Director of Communications at the Charities Aid Foundation, where I led the campaign that successfully persuaded George Osborne to drop his proposed charity tax – which would have cost the charity sector £500m a year in lost donations.

There are over 20 medical royal colleges, which represent different medical specialties. The Royal College of Psychiatrists represents psychiatrists, and other workers in mental health services, and exists to promote excellent patient care for those with mental ill health.

Like all medical royal colleges, we try to promote recruitment of trainee doctors into our particular specialty. And, as a result of our award-winning Choose Psychiatry marketing campaign, we have helped to increase the take up of training places in psychiatry from 68% to 100% in just three years. This is a big achievement, as psychiatry has unfortunately been one of the medical specialities with a low fill rate as a result of the long-standing stigma that has been attached to mental health issues.

The College has 19,000 members and 200 members of staff. Globally, it is seen as one of the two leading psychiatric professional membership bodies.

What future trends do you think we’ll see over the coming months in the membership sector?

The last few months have been the most tumultuous period for the membership sector since the Second World War. The pandemic has turned everyone’s world upside down and has imperilled the future of many long-standing organisations.

Over the next few months, we will see membership organisations carry on migrating their activities and services online at a rate of knots.

Once organisations have migrated activities to digital platforms, they will quickly start asking themselves how many of their new innovations they will want to keep once the pandemic is finally over.

Like organisations in other sectors, many membership bodies will unfortunately be forced to make some of their staff redundant over the coming months, due to lost income, while also having to work out how to promote the wellbeing and morale of those who remain behind.

At the same time, in the aftermath of the tragic murder of George Floyd, many membership organisations will rapidly try to formulate and execute equality, diversity and inclusion strategies to ensure that people can thrive regardless of their background or characteristics.

Which organisations are leading the way in innovation?

Well, I am biased, so I would inevitably say the Royal College of Psychiatrists!

We decided to become a virtual organisation on 17 March, and were up and running – with all staff working from home – the next morning.

We have migrated virtually all of our activities and services online, including delivering a fully digital exam – which trainee psychiatrists can sit from their living rooms, wherever they are in the world.

In addition, we have migrated all our conferences and events to online platforms, with a 100% increase in member interactions over our traditional face-to-face events.

We also responded to the death of George Floyd by quickly issuing a hard-hitting statement condemning all forms of racism – with one prominent member saying that statement alone made 38 years of subscriptions worth it!

We have created a new role of Race and Equality Manager, held reflective conversations on systemic racism for members of our staff team, issued a learning resource on race and racism for all members of staff, and appointed two prominent members as Presidential Leads for Race Equality.

In addition, we have quickly put together an Equality Action Plan, which we hope to publish by the end of 2020.

We introduced our values of Courage, Innovation, Respect, Collaboration, Learning and Excellence (C.I.R.C.L.E.) in April 2018 – and they have been truly transformational.

Having got the various key committees of the organisation to sign off our new values – which followed a full consultation with all our staff – the Senior Management Team attended a coaching session in late April 2018 with the executive management coach John Frost.

He said to us that agreeing our organisational values was the easy bit – and that the difficult part was deciding whether, like many organisations, we just wanted the values to sit on the shelf, and gather dust, or whether we wanted to put them to the heart of the organisation, and ensure that all key decisions are made with reference to them.

We decided within a minute that we wanted to go for the latter option. John told us that was the far tougher route to take, as he said that our staff would expect everyone to live the values, including senior managers, and he was right.

Since we introduced the values we have been 100% committed to embedding them across the organisation. If you don’t do that, your values will quickly wither on the vine. And we take a tough line on the enforcement of them for all staff.

As a result of following the values, we decided to celebrate Pride, Black History Month and International Women’s Day as headline events for the organisation. And earlier this year, we celebrated our own bespoke event called South Asian History Month – which went down really well with the 30% of our members who are of South Asian heritage.

In little over two years, we have put the values at the very heart of our organisation, and created a culture that is empowering, enabling and positive.

It was in part because of our values-led approach, that 12 months ago we won Charity of the Year in the European Diversity Awards.

Paul will be giving the memcom annual leadership lecture on 2 December. Tickets can be booked here.