Continuing our profile of memcom 2020 award entries, Bex Couper talks to us about Choose Psychiatry, winner of the Best Integrated Campaign 2020 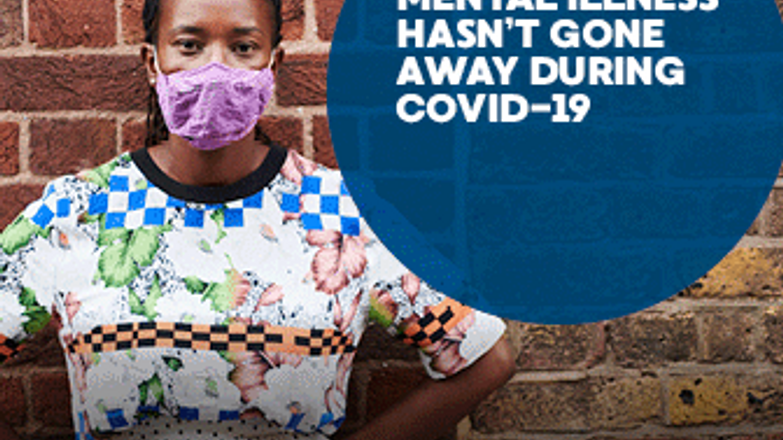 Like all medical royal colleges, we try to promote recruitment of trainee doctors into our specialty and after years of stigma about mental health and the profession the College decided it needed its own campaign.

I’ve been running the Choose Psychiatry campaign since 2017 and it’s a truly integrated campaign aiming to attract, inform and engage our target audience. The grassroots activities are run by a committee of trainee psychiatrists who co-ordinate enticing events all year round.

When I was given this brief, I ran several focus groups and a detailed survey canvassing the opinion of medical students and foundation trainees. I have often said that I was rather taken back by the negativity that surrounded psychiatry a few years ago. It has been bashed by other medical disciplines; students have told me their tutors would dismiss it as a soft subject. However, there seemed to be a lack of knowledge about all the areas psychiatrists work in, our doctors work in prisons, in the military, with mothers and babies and when they help people they’re also helping their family and society.

One common thread from our focus group research is that psychiatry is medicine for the curious, that you have to be a decoder, someone who wants to see the person and then think carefully about the right course of treatment for them. I’ve always been amazed by the way our doctors talk with so much enthusiasm and care about their patients. One doctor said to me it’s a tremendous privilege working with patients sometimes they disclose information they would not tell another human being and that trust is immense.

My background in government communications has given me the formula of how to run a successful mid-budget social media campaign. So, I thought about paid, earned, social and owned media (PESO model) and fundamentally I thought long and hard about the different audiences what they would need and what we as a College could offer. The strongest inducement is free associate membership as it lures those potentially interested in us to get to know what we’re about in more detail. There are great perks, such as a discounted rate to Congress which is brilliant – we have speakers such as Louis Theroux, and in 2019 the psychiatrist who was involved in the rescue of the boys trapped in the Thai caves.

My own background as a journalist means that I’ve got a nose for a story that will cut it with the media. We have always run a hard-hitting story about the impact on patients – the dreadful waiting times, the ridiculous distances people have to travel for treatment, all because there aren’t enough psychiatrists near them.  It’s a gamble but its paid off and I would say my Dean, Dr Kate Lovett has been a brilliant spokesperson ensuring that every key broadcast opportunity is filled with her banging the drum for medics to choose psychiatry and for government to invest in us.

On social media, I made sure our hero asset was a compelling and engaging video that visibly moved people. I’m unapologetic when I say I went for hearts and minds. Fundamentally people need to see this is a career where you can change and improve lives of incredibly vulnerable people. I’ve also asked some of our young, charismatic psychiatrists to appear each year, it’s an authentic way of getting them involved plus they can all talk movingly about their career.

The beauty of a digital campaign is that there is a footprint that tells you what works and what doesn’t. For instance, LinkedIn is quite expensive in terms of cost per click, but the engagement rate and dwell time is very strong. We have invested more digital advertising recently and that is doing well for our static adverts but again it’s our short-form video which has been updated to take on incorporate Covid that is a winner. Our messaging this year has been simple but poignant; ‘Mental Illness Hasn’t Gone Away During Covid 19, Neither Have Psychiatrists.’ Implicitly banging the drum for the specialty and explicitly reminding all that we need investment. In terms of success we have had thirty thousand visits to our webpages so far for our 2020 campaign.

However, what is telling that a few years ago we had an 68% fill rate for trainees this year its 100%. It was once at the bottom of the league for fill rates but I’m proud to see that’s changed. Choose Psychiatry has been recognised as a success story by politicians, including Health Minister Nadine Dorries, Norman Lamb MP and Jackie Doyle Price MP, in 2018 Stephen Fry spoke about it at an event.

What’s more; it’s made our psychiatrists prouder than ever of their specialty and the video alone has moved them to tears.

The memcom awards celebrate excellence in the membership sector.  The full list of 2020 winners can be viewed here. Nominations for the 2021 are now open.