That was the core message of what Royal College of Psychiatrists’ member Dr Lade Smith had to say when she was interviewed as part of a webinar last week, on Friday, with College staff. 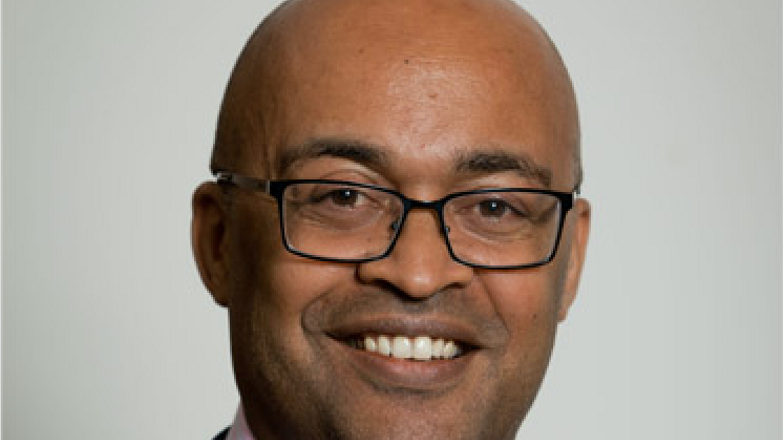 In many ways, Lade might be seen as a pillar of the establishment.

She is a consultant psychiatrist at the South London and Maudsley. She is a senior visiting lecturer at the Institute of Psychiatry, Psychology and Neuroscience at King’s College. She was the RCPsych Psychiatrist of the Year 2019.  She is a CBE.

And yet, in the staff webinar, she talked about the routine acts of racism that she has suffered throughout her life.

The verbal abuse. Someone spitting in her beer.

The fact that a black person (of whatever age or status in life) is often abused or assaulted – or refused service or targeted by police – is no news to anyone who is black.

They will all have had their own encounters with racism, and will still carry the scars (possibly even physical) for the rest of their lives.

What is new in the fallout of the murder of George Floyd is that so many people, of all races, feel that enough is enough. And that now is the time to have an open conversation.

When I was a teenager, I was often stopped by the police when out minding my own business, with my friends.

They would say that a burglary or an assault had taken place in a nearby street and ask if we were the culprits.

We would say no, as we weren’t.

They would then let all of my friends walk on – but not me. I was the only one of the group who was black.

They would push me up against the side of the police car, they had arrived on the scene in, and pat me down. Ask if I was carrying a weapon. And then make me empty my pockets.

One time, as a teenager, I was chatting with my (white) girlfriend on the steps of the entrance to a swimming pool, when a police car came screeching into the carpark and two police officers jumped out and ran over to me, pulled me away from my girlfriend and frogmarched me to the side of the car – where they patted me down and asked me to empty my pockets – and accused me of trying to assault her. Which, of course, I hadn’t.

Many years later – having encountered dozens more acts of racism – I became a journalist and worked for the Times, the Evening Standard and BBC Radio 4 and Radio 5 and I specialised in covering race and race relations.

I covered the fallout from the tragic murder of Stephen Lawrence, an innocent teenager, who was murdered on his way home one Thursday night, in Eltham, in 1993.

I frequently interviewed his mother, Doreen Lawrence, and his father, Neville Lawrence. Their lives had been torn apart by a wanton act of racism. And their life was shattered. They were friendly, talkative people – but there was always a sadness in their eyes.

I covered the 1995 Brixton Riot, where people were protesting after the death of another black man at the hands of the police, Wayne Douglas.

I was the only journalist on the scene. And I saw the rioters smashing up shops and setting cars alight.

But something else I saw was the police starting the riot, by ploughing into a large group of black, peaceful protestors, standing on Brixton Green, and beating them up with their truncheons.

At one point, while I was covering the riot, a policeman came over to me, held a truncheon to my head, and said he would ‘f***ing smash’ it in my face, if I didn’t move away and stop taking down notes.

During that night I talked to many people, who had come out to protest, whose lives too had been blighted by racism.

My report was run on the front page of the Evening Standard the next day, in its morning edition, and was quoted by the media worldwide.

While working as a journalist, I also often interviewed the leading members of the Black Police Association.

I regularly spoke to Norwell Roberts, the first ever black policeman in the UK. He had had dog muck left in his locker on a daily basis, when he was a trainee.

He was a big, bear of a man, but when he spoke about the racism he faced, I could see the pain and hurt writ large across his features.

I frequently spoke with Detective Inspector David Michael, the then chairman of the Black Police Association. He was a loyal police officer, and had long fought the open racism in the force.

He had been repeatedly taken to disciplinaries, and accused of various acts of wrongdoing, of which he was always cleared. We both knew that the accusations were made because of the stance he was taking against racism in the Met.

David had a nervous breakdown and had to take a year off work with stress. By the time I knew him, he seemed like a broken man.

When I worked at the Evening Standard, readers would sometimes send me cuttings of my own stories, with a message scrawled across the article in black marker pen saying things like: ‘Good! F**ck*ng black b*st*rds shouldn’t be here anyway!’

I was also sent a cartoon, in which black people were depicted with grotesque features, by a man who was later convicted for sending racist drawings to black celebrities.

From time to time, the Evening Standard would receive anonymous phone calls from people asking what I looked like, what time I finished work, and which entrance I used in order to leave the building.

Once, when I wrote a story for the Sunday Telegraph about racism in football, my name and details were published in the BNP magazine, in which the far right party urged members to shut me up ‘for good’. The academic, who I worked on the story with, had to go into hiding and receive police protection.

While I was a journalist, on holiday in Spain, I was assaulted in a beach café, in broad daylight, by a man who kept shouting racist insults at me. The staff and the customers laughed throughout the incident.

Ironically, this was the one time that the police force came to my aid, as having told the local Spanish police force that I worked for the BBC, and would report on the incident on BBC TV, if they didn’t do something about it, they marched into the beach bar – armed with guns – and made the man apologise to me.

The acts of racism that I have been on the receiving end of are far too many to cover in one blog. The ones I have described are just the tip of the iceberg. To do them all justice, I would have to write a book.

As a black person, the constant acts of racism will keep on coming – often more subtle than overt, but you can still sense them.

The same will be the case for many people of South Asian heritage, and other ethnic minority backgrounds.

The acts of racism you endure, as a black, Asian, minority ethnic person, will either make you strong. Or they will break you. In the case of people like George Floyd they will kill you.

The racism you suffer will always stay with you, as it is an affront to the very essence of your being.

Racism can be so hurtful and damaging that it can lead to many people suffering from serious, mental health problems. This is something we know as a medical royal college.

A lot of people – of all races and backgrounds – are feeling upset and angry about what happened to George Floyd and about the wider issue of systemic racism.

I have never known one act of racism to trigger such a reaction.

While the vast majority of the protests in both the US and UK have been peaceful, some of them have descended into violence – which is something I would never condone. Peaceful protests, such as the Black Lives Matter demonstration in Watford on Saturday, that was attended by my daughter, Gemma, and addressed by boxing world champion Anthony Joshua, make their point with the force of dignity.

A lot of our staff team – of all races and backgrounds – feel emotional and upset about the issues thrown up by the murder of George Floyd.

Many people want to talk about it.

It is because of this – and, of course, our College values of Courage, Innovation, Respect, Collaboration, Learning and Excellence – that on Friday (12 June) we will be holding an informal conversation on ‘Systemic Racism’ for our staff, who want to discuss the issues that have been thrown up, for them, by the murder of George Floyd and the subsequent fallout.

After the meeting, I will continue to reflect on what happened to George Floyd, and on systemic racism, as I play one of my favourite song, on repeat, by my first ever favourite group, the Specials, a multi-racial band from Coventry, famous during the late 1970s/early 1980s, who wrote a series of ska tunes – often about race and racism.

The song, which they recorded last year, and includes strong language and racist epithets, sums up the life experiences of black people in the UK in just five minutes.