Animal Magic: What our furry friends can teach us about leadership

One of the things I like about Memcom is I could have a pretty good stab at saying what its corporate values are even without consulting Google.

For values to mean anything they should actually guide behaviour, not just spell out a cool acronym on an unvisited web page. Memcom’s values include things that its people actually seem to feel strongly about. Hence the focus on environmental sustainability and the vegetarian food at events.

So in honour of Memcom’s values I’m doing my bit for sustainability by recycling my speech from the Annual CEO drinks reception. I’ve split it into two parts. Today’s blog looks at leadership more generally, and Part II will tackle the complicated topic of change management in a voluntary organisation.

And in honour of Memcom’s vegetarianism, this blog does its best to be animal themed. Though the metaphors may be a bit strained at times.

When a mouse wins a fight it experiences a testosterone surge that increases his ability to win the next one. It can start taking on bigger mice who would be otherwise out of its league.

The effect has been studied in a number of species. It’s a model of animal behaviour called the Winner Effect. An animal who has just won a competition or a fight is statistically more likely to win the next competition it goes into.

Recent studies by Wall-Street-trader-turned-neurologist John Coates have shown that the same is true of humans in the workplace. Watching traders working on a Wall Street derivatives desk, Coates noticed that when traders felt things were going well they become more confident and more willing to take risks. Later, as a medical researcher, he set up a series of experiments on a trading floor in the City, where he sampled hormones while the traders were trading and coupled that with more controlled experiments at Addenbrooke’s hospital in Cambridge. He discovered that “morning testosterone levels predict a trader’s afternoon profits ...and that was not just an extraordinary result but it was a really large effect size – not just borderline significant, it was extremely significant.”

The reverse is also true. Feelings of failure can lead to a rise in cortisol levels and suppress performance. This has been known as the Loser Effect.

If success begets success, the lesson for leaders seems clear.

Firstly, celebrating success really is worthwhile. We should be doing it as often as we can, at every step of the project, because doing so becomes self fulfilling. Success in itself is a predictor of future success.

And secondly that mastering the art of the … cough… ‘feedback sandwich’ really is a core skill for any leader. Honest appraisal is essential, and it’s important to resolve problems and address weaknesses, but all of this should be handled with care. Relentless negativity is self-defeating.

Winston Churchill said ‘success is stumbling from failure to failure with no loss of enthusiasm’. Albert Einstein pointed out that the only way to avoid mistakes is to never try anything new. Failure is an essential part of life; but that doesn’t mean we have to feel like failures when it happens. As Arianna Huffington said, failure isn’t the opposite of success; it’s part of success.

Without wanting this blog to turn into a Memcom advertorial, our team got a big kick out of the Annual Awards, and if you’re wondering whether to submit an entry, I’d recommend it. But recognising achievements doesn’t require the full gala dinner. I’m pretty old and hardened but I still get an endorphin shot from a nice email or offhand compliment, and I’m sure our team members and volunteers do too. 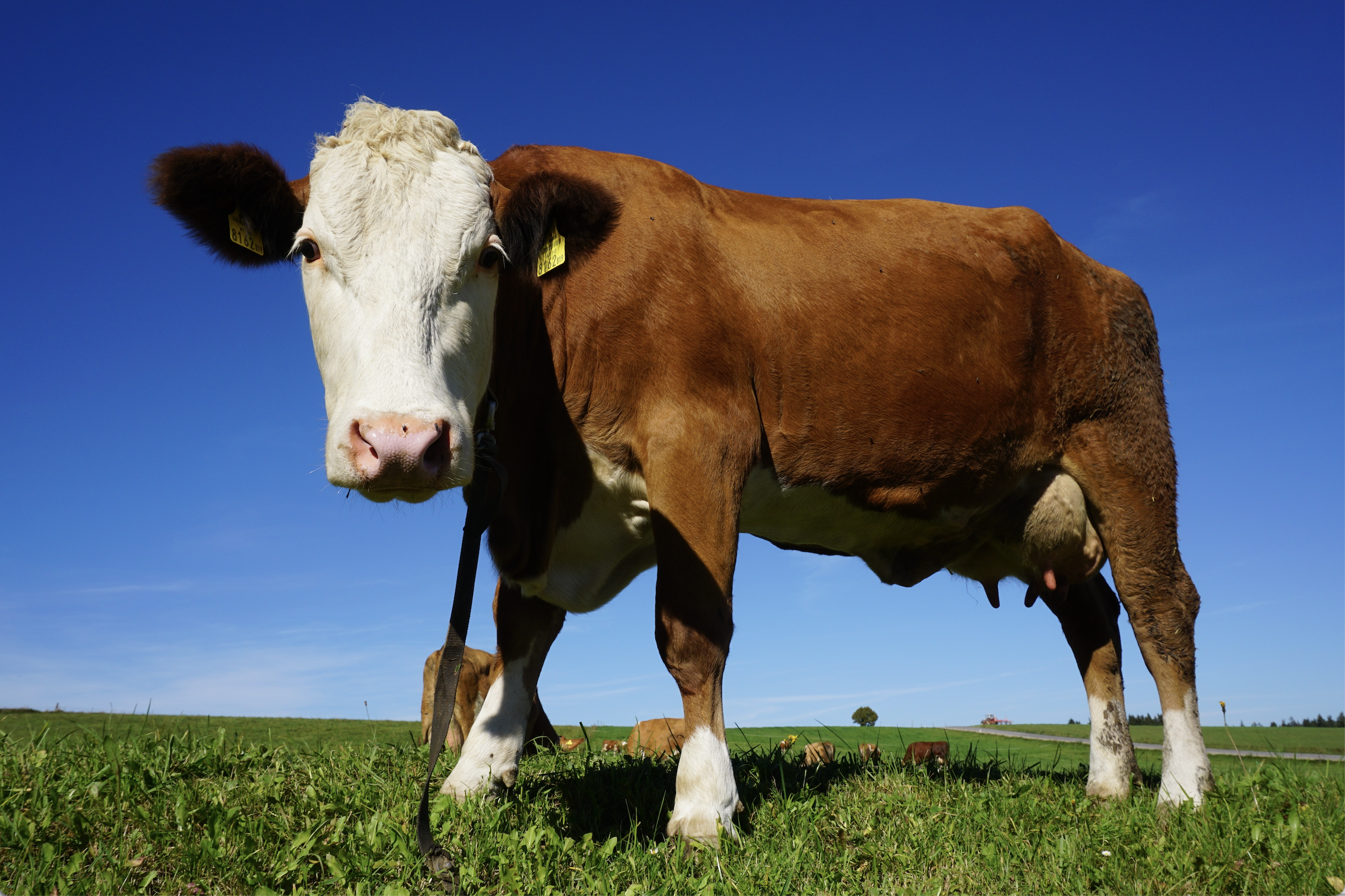 Speaking of which, and returning to the zoological theme of this blog, I was surprised to learn that farmyard cattle are skilled at this touchy-feely style of leadership.

In any herd of cows there is a well understood system of leadership and hierarchy. There’s actually a lot of literature on the subject because if dairy farmers can influence their herd leaders, they can influence the herd.

Cows wanting to establish their position in the hierarchy will go around licking the other cows faces and necks.

I don’t know about you, but it’s clear who the herd leaders are in my particular paddock, and if I want to make things happen I need to be a bit bovine about it.

I can think of instances where failing to talk ideas through with certain decision makers before initiatives were pitched or launched was the thing that sunk them. Equally, the people responsible for execution need to be integral at the ideation and planning stages too - not just because it enriches the quality of thinking, but also because of the resultant buy-in and goodwill.

The final thought for this blog just about meets the criterion because it was delivered to me by Tarzan and features an elephant.

I once interviewed the UK’s former Deputy Prime Minister, Michael ‘Tarzan’ Heseltine, for an article about leadership. As well as being one of the biggest political beasts of the eighties and nineties, Heseltine was the founder of Haymarket Press.

What he told me was this: “Over a lifetime in commerce and politics I have learned to make only one generalisation about leadership, and that is that there are no rules about what a leader is and how a leader behaves. I have known so many leaders who behave in totally inconsistent ways. A formula is impossible. It’s like the parable of the elephant: it’s difficult to describe, but you know it when you see it.”

His words ring true. I have known good leaders who were shy and cerebral, others who were loud and boisterous. There seem to be as many leadership styles as there are people.

Winston Churchill the salesman was followed by Clement Attlee the administrator; totally different personalities but both were incredibly effective. Angela Merkel, Greta Thunberg, Priti Patel, Marcus Rashford and Jurgen Klopp are all leaders in one way or another, but I think it's fair to say they have markedly different approaches. I might not like them all, but there are plenty of people who do. The real test of whether someone is a leader is whether people choose to follow them.

So just because your style is different from other leaders doesn’t mean you’re not a leader.

We set up a Leadership Special Interest Group at my organisation comprising people with top ranking jobs in healthcare. The inaugural group were hand selected as people known for their leadership credentials, but almost all of them started by confessing their imposter syndrome.

Five years ago our trustees and committee chairs looked a lot like the portraits on our walls. Mostly male, and almost all white. I’m pleased to say that holders of senior governance and volunteer roles now better reflect the healthcare community we serve, and I’m sure this diversity in leadership helps contribute towards the creativity and dynamism we have seen during these crucial past couple of years.

Membership organisations are full to the brim with leaders. Many of the staff roles are essentially leadership functions. Events managers, editorial managers, policy officers and committee secretaries spend much of their day influencing, motivating, coordinating and supporting. The fact that the people they are leading tend to be unpaid volunteers makes the leadership component even more important. And of course many of those volunteers are themselves in leadership positions - chairing committees, organising events, and leading project teams or editorial teams.

Our organisations themselves perform leadership roles within their industries and for their members. I think it’s fair to say that we’re in the leadership business, our end product is leadership and we’re comprised mostly of people whose job is leadership.

It makes sense for us to understand leadership and work towards becoming better and better at it.

Leadership is fun, challenging, varied and rewarding. If you’re interested in people, and especially if you’re interested in supporting, empowering and helping people develop and achieve their potential, you might be a good leader. If you’re in a membership organisation you have plenty of opportunity to practice. And even if you feel a bit like the humble dormouse right now, the gap between the mouse and the elephant is really just some confidence building wins, a positive attitude towards failure, and a lot of face licking.

The Memcom 2022 awards are now open for nominations. Find out more here.