Membership organisations work individually and collaboratively, setting standards to protect the public and making a significant contribution to the UK economy. However, the leadership of membership organisations has not always been sufficiently recognised. This changed in 2015 with the establishment of ‘The Louis Armstrong CEO Leadership Award’ in the name of the deceased former chief executive of RICS. 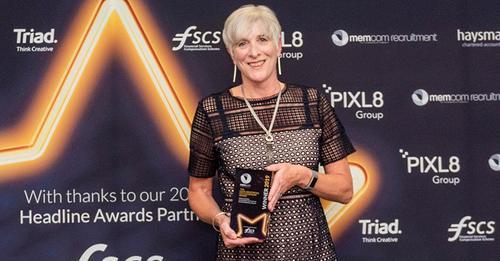 “It was amazing to be recognised by my peers at a gathering of like-minded souls which always feels like family. This is an incredible sector and one I’m proud to be part of”.

Anne Godfrey CCMI FCIM, was appointed Chief Executive of the Chartered Institute Of Environmental Health (CIEH) in January 2016. Specialising in change management within the not-for-profit space, she has a proven track record of delivering challenging targets while harnessing the skills, knowledge and passion of members, staff and external stakeholders. Anne has previously held leadership roles in a diverse range of membership organisations including CIM, where she was Chief Executive, the Law Society, where she was Director of Commercial and Membership Services, and the CBI where she was Commercial & Marketing Director. She has a first class honours degree from Glasgow University and a postgraduate diploma in law from Nottingham Law School.

Following her appointment at CIEH in 2016, Anne has spent three years refocussing and balancing CIEH’s revenue generation streams leading to an 18% increase in commercial income and an annual budget deficit reduction from £2.8m to break-even. Staff costs were reduced from £5.7m to £3m and a new strategy developed to deliver far more with less. Membership engagement increased with participation in trustee elections growing from 6% to 18%. The judges were especially impressed with the integration of activity and portfolio of change leading to a fast and effective turn around, demonstrating strong leadership and communication across all areas.

Mark Downs, Royal Society of Biology (RSB). Mark joined the Royal Society of Biology as CEO from the major charity for hearing health and deafness, RNID, where he was the Executive director for Science and Enterprise (2004-2009) leading a major retail operation, service deliver social enterprise and the biomedical and technology research programme. Mark joined RNID after spending three years as the UK’s lead policy official for negotiating and implementing a range of far reaching, EU driven, business related environmental legislation at the Department of Trade and Industry. He previously spent five years in the Diplomatic Service based at the British Embassy in Tokyo as First Secretary (Trade Policy) with responsibility for all UK-Japan bilateral and multilateral trade relations.  He focused, in particular, on the medical, environmental, telecommunications and legal services markets.

Earlier in his career, Mark managed and undertook biosensor research, managed Government LINK programmes, and worked on innovation and S&T and space policy.  He was responsible for setting up the Government’s Faraday Partnership Programme, the £30m environmental body WRAP and worked on the 1993 Science & Technology White Paper. He has a PhD from Cranfield University where he worked on the development of DNA sensors for rapid gene identification and a BSc in Biotechnology from the University of London.

The Royal Society of Biology is a unifying voice for biology, representing over 60,000 biologists through its individual and organisational membership. Membership includes individuals from all stages of their career and spans all the bioscience disciplines from molecular to whole organisms to ecosystems. 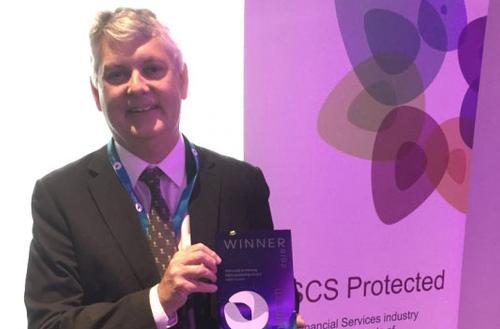 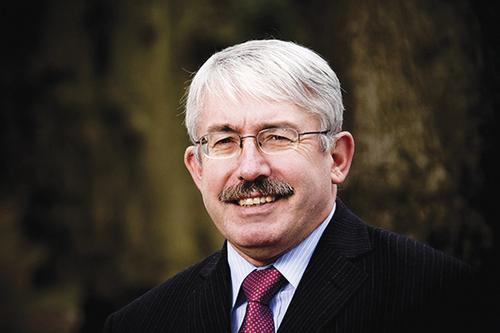 "It is especially significant for me to win the Louis Armstrong Award. Louis was an unofficial mentor for me when I joined the CIOB 17 years ago and was very supportive. While I take great personal pride it is actually a statement of how far the CIOB has come and its promise for the future. The real stars are the members and staff I have worked with over the years.

Professional bodies play an important role both in the industry and in wider society. More often than not these organisations go about their work without fanfare and yet their impact can be felt across the globe. They raise standards, promote professional values and tackle uncomfortable truths. They are social enterprises for the public good.”

We have focussed on ethics in construction which is an environment vulnerable to modern slavery and the abuse of migrant workers, poor payment practices and money laundering; so it is particularly pleasing that the work of the CIOB Academy has been recognised at these awards.”

Chris Blythe, Chartered Institute of Building (CIOB). Chris is an inspirational, modernising leader who exerts a positive influence inside and outside the CIOB. During his 17 years as Chief Executive, he has made the CIOB more dynamic, resilient and responsive. His collaborative style and focus on inclusivity, professional standards and serving the public good has brought the institute closer to other professional bodies, industry and government. CIOB membership has grown to 46,851 members since Chris joined the organisation making it the largest professional construction management network in the world. Chris’ campaigning to raise awareness of modern slavery must also be applauded, recently earning him an OBE for his work.

Ann Francke, Chief Executive of the Chartered Management Institute (CMI). The panel decided Ann had achieved what Henry Kissinger described as the task of the leader – “to get his people from where they are to where they have not been”.

Under Ann’s leadership, the CMI developed and executed a strategy to turn around five years of decline, engaging staff and giving them a real sense of ownership in the process. With Ann at the helm, CMI has achieved the Investors in People (IIP) gold standard, grown its membership, built up reserves, set up degree apprenticeships and influenced the government on issues such as gender pay equality. 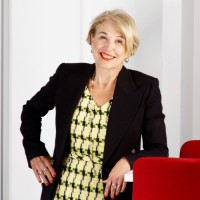 I believe professional bodies are a huge influence for good and for change, not just in the UK but the world. At CMI we are stronger together. We have achieved what we have because we did it in partnership.” 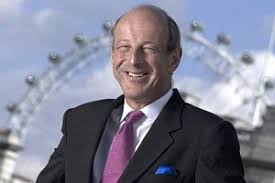 Louis’ service as CEO of RICS from 1998 to 2010 was marked with unprecedented progress. Under his inspirational leadership RICS made significant steps in the transition from a national organisation to an international profession. It is wholly fitting that this new award should be created in his name’
‘After leaving RICS, Louis continued to live our values when he founded Professions for Good, a consortium of the CEOs of leading professional bodies across all business sectors promoting the value and virtues of professionalism for business, the economy and society’

Louis Armstrong, former Chief Executive of the Royal Institution of Chartered Surveyors. The award was presented posthumously to Louis’s widow.

It was decided that from 2016 and annually thereafter the award will be presented as ‘The Louis Armstrong CEO Leadership Award’ based on the decision by a panel of chief executives who will consider all nominations.

Nominations for the 2021 awards will open in October.